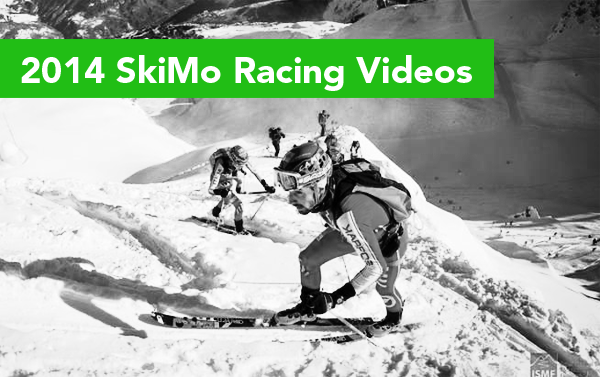 Around this time every year I spend some time on YouTube searching for the best videos and short films from the world’s skimo races. Since the skimo is still somewhat of a niche sport usually the best videos are also from the biggest races but there are also some gems to be found from the smaller events.

This very well done video by Montura, one of Pierra Menta’s sponsors, shows the amazing athmosphere of the race through characters of the race or just random locals.
The 2014 Pierra Menta was the 29th edition of the race and the winners after 4 stages were:

Tour du Rutor is an Italian skimo stage race that is held every second year. Next edition is promised for April 1-3, 2016.
The course goes through beautiful terrain and the event usually starts one week after Pierra Menta. Because of its later place on the skimo calendar, starts are usually on foot due to less snow low down in the valleys.
The winners of the 2014 Tour du Rutor 3 day stage race were:

Currently, the biggest skimo race in North America spreads over 3 days – sprint on Friday, individual race on Saturday, and teams on Sunday – was labeled as the North American Championships this year and so most of the fastest racers from US and Canada came to measure up.
For a full report and race results visit our coverage of the 2014 Powder Keg.
Sprint race – 3min:

Despite the need for significant course changes, due to high avalanche danger in Colorado in March, the 2014 edition of the Grand Traverse still delivered the challenge everyone was training for.
The 2014 Grand Traverse was won by:

This is not a very technical race and thus superbly well attended – 1200 racers this year. It is held during the evening hours and navigates around the beautiful Gruppo di Sella massive in Italian Dolomites. Usually goes down late in March.
Winners for the 2014 edition of this 40+ km race were: