In the age of social media and instant news, it is fascinating to read a life story of one of the best alpinists in history yet who rejected many invitations to famous events throughout his life.

Thanks for your invitation au jury du Piolets d’Or [the Oscar of the mountaineering world]. I am sorry I can’t take part in it…

I understand the world is suspended on a monstrous structure of wild competition and, consequently, of awards and distinction. But this structure is an enemy of true art… 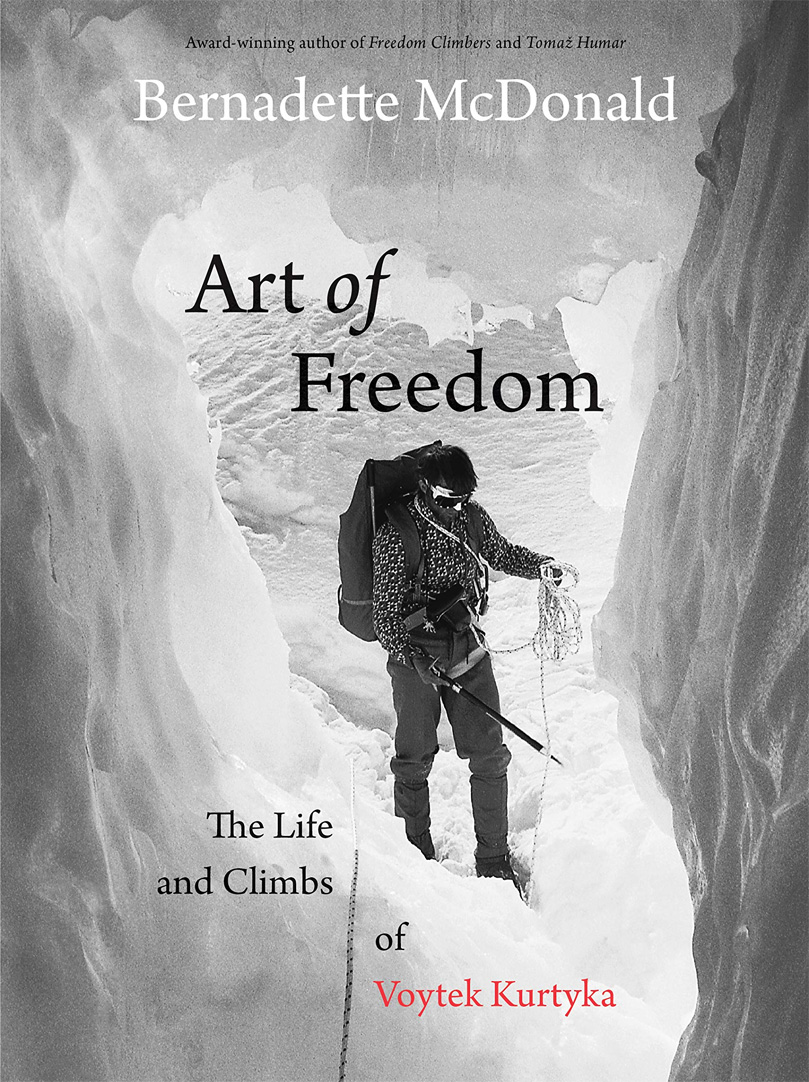 The 70s and 80s were the golden era of conquests in the Himalayas. A pioneering Reinhold Messner was arguably the main protagonist and the famous figure.

Risking his life often yet never loosing a climbing partner, Voytek Kurtyka, a Polish alpinist, consistently chose style over fame or altitude of a mountain in a period that was marked by summit hunting.

Smuggling goods from India back to his home communist country was highly dangerous but it was a way that Kurtyka embraced to pay for his addiction to Himalayan expeditions.

So how do you write a biography of someone that is so private?

How do you connect deeply enough to portrait them accurately?

The book Art Of Freedom is a brilliant read that was penned by a Canadian author, Bernadette McDonald. McDonald has written previous books about the Eastern European climbers from communist era and so have built a trusting relationship with the elusive Polish climber.

This biography can be repetitive, with detailed descriptions of climbs, and perhaps too technical for those that don’t climb at all. However, I feel like this was the only way to reveal Kurtyka’s personality, philosophy and life.

Kurtyka and his compatriots came from a poor country with very small mountains yet they were able to innovate on the Himalayan scene by applying their hardness to crazy winter and first ascents. In fact, some of Kurtyka’s first ascents are still to be repeated.

The book also talks a lot about Jerzy Kukuczka, who was racing Messner to become the first person to climb all fourteen 8000m peaks, as he joined forces with Kurtyka for numerous amazing climbs. The two Polish climbers had contrasting philosophies and this allows the reader to go inside Kurtyka’s mind in depth.

Now, I won’t say anything more because I don’t want to rob you of an enriching experience this book can bring you.