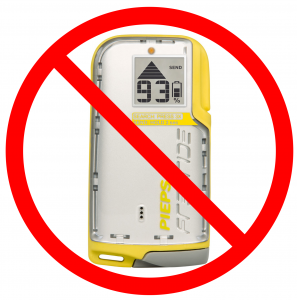 Several important rule changes were adopted in that will impact racers competing on the World Cup and at World Championships level in the upcoming 2017 season. Sources inside the International Ski Mountaineering Federation (ISMF) say that a grace period was given to athletes last season with enforcement of the rules beginning this year.

Three-antenna Transceivers Will Be Required

All avalanche beacons must be a full three-antenna model. This will primarily impact racers using the lightweight Pieps Freeride which will no longer be compliant. Thankfully, Pieps showcased a new lightweight three-antenna beacon in January, called the Pieps Micro, weighing in at 150g (the Freeride was 110g).
We suspect that all but the most hardcore racers will opt to use their normal ski-touring beacon rather than dropping nearly $400 USD on a new beacon. However, every gram counts and the beacon will last many more seasons than a pair of skis or boots.

Another related change is the requirement that beacons must be placed inside an internal zippered pocket. Putting the beacon in a skin pocket is not allowed and even the dedicated beacon pockets found on more recent Dynafit and Crazy Idea suits with the two overlapping flaps of fabric will not be compliant.
Thus, right now it might be a good time to do some surgery on your suit to add a small zipper.

The other big change is the requirement that helmets must be certified to both climbing standards (UIAA 106/EN 12492) AND a ski standards (EN 1077). Most current helmets (Petzl Sirocco or BD Vapor for example) in use by racers are only rated for climbing. If you are unsure, check your helmet for a sticker that shows the EN 1077 designation. If you have that, you are good to go! 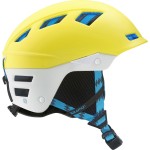 As far as we can tell, only a few manufacturers have released double-certified helmets:
Ski Trab Gara – 280g
CAMP Pulse (with the addition of the winter kit) – 339g
Dynafit DNA (we can’t actually find this for sale anywhere) – 290g
Salomon MTN Lab – 300g
There might be a slight chance that some of the currently non-compliant helmets might not have been tested for the ski certification before but manufacturers will pursue this in the future and become compliant if they pass. But it’s impossible to know.

We are very curious to see how the newly certified helmets will ventilate. While safety is a priority, in skimo we spend 95% of the time climbing and sweating heavily, with the surface of our heads being (one of) the most important areas through which the body cools.
Road cycling also went through this debate, however, the speeds reached on a bicycle while climbing are much greater than while skinning. We suspect that it will take a couple of years before a happy medium is found.