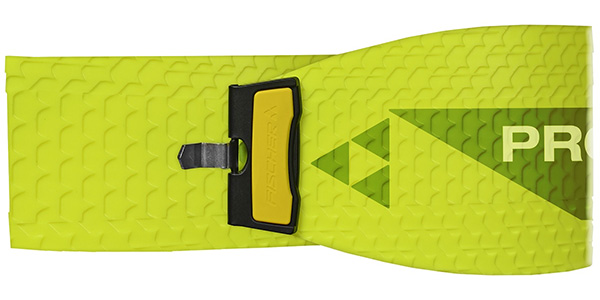 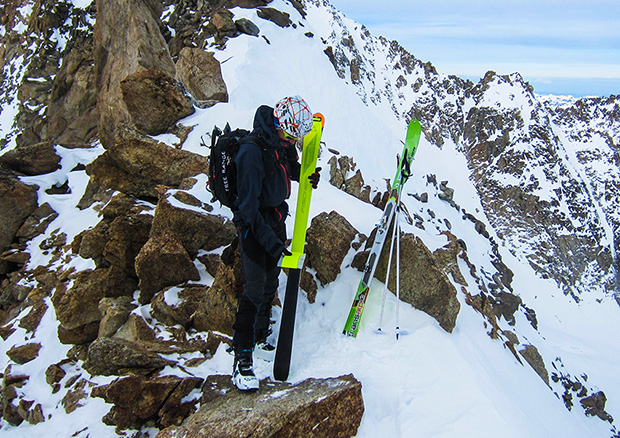 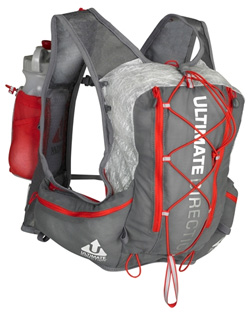 I paid full price and will happily pay it again to replace it when it is worn out. Make sure you chose the model that suits your purposes (AK, SJ, or PB) or get a combination.

The SJ ultra vest is the middle in a series of three running vest models from Ultimate Direction. The AK comes in as the smallest model designed mainly for racing (review coming soon). The SJ (subject of this review) is the middle-sized model for racing and long runs or scrambles. The PB is the largest capacity for long distance adventuring.
I tested the SJ pack over the Spring/Summer/Fall 2013 running season which included some long races (Squamish 50k) and some runs and scrambles from ~2 to 8 hours long.
The pack is designed to allow quick easy access to essential gear with good weight distribution by putting the water bottles on the front of the vest.  Also on the front of the vest are two large electronics pockets, four gel pockets, and two Velcro pockets that fit a small ipod or electrolyte pills. The sides of the vest have a zippered pocket that overlaps a Velcro opening stretch pocket. (These pockets are hard for me to reach and they overlap so if you put much in one the other becomes useless. I cut out the Velcro to make it easier to get things in and out.)
The back of the pack has a 9.2L main compartment built with cuben fiber to stay lightweight. Two zippers are located on the back. One gives access to the main compartment and the other gives access to a small pocket on the very outside (good for quick access small items like snacks or map). The zipper placement and length limits creativity when packing lots or large items into the main compartment. A cord and drawstring on the inside can be used to hold a hydration reservoir in place but I removed it. Another cord and drawstring on the outside of the pack is used to cinch down extra volume or hold a jacket or crampons on the outside of the pack. Loops on the back are for an ice axe.
I have had good luck with packing a LOT of stuff into this bag. Scrambling up Wedge Mt. early in the season I managed to stuff rain pants and jacket, a sandwich, a spare water bottle, gloves, hat, crampons, and an axe into the back and the rest of my food in front pockets. I usually move one of the water bottles to the back to put my camera into the front bottle holder for easy access.
Having bottles up front is awesome. I hate the hassle of a hydration pouch and filling it on the go. With bottles up front you can pull them out anytime to drink or fill in a flash at a stream.

Cons / What can be improved about this product: