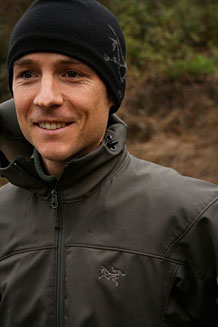 After the second one, Adam Campbell reacted to some of my “teachings” on Twitter – mainly, regarding the need for more high-intensity intervals during summer.  We went little bit back and forth but ultimately didn’t have time or will to seriously dissect whether we were disagreeing or misunderstanding each other.
So, being about time to commence training for the next season I have decided to approach Adam to provide us, the skimo community, with his idea for summer training that would set us up for success in the winter.

Who is Adam Campbell?

In Adam’s own words:
I’m a reformed lawyer and currently I’m a professional mountain runner, running for Arc’teryx & Salomon. (Adam is on Salomon’s team that includes Kilian Jornet.)
I was the 2011 & 2012 Canadian male ultra-runner of the year. Prior to that, I competed internationally for the Canadian U23 National Triathlon Team and was the Canadian Elite Duathlon Champion.
I’m also the proud owner of the Guinness Record for Running the Fastest Marathon in a Business Suit, in 2:35:53 –
http://www.nydailynews.com/life-style/man-breaks-world-record-running-marathon-suit-article-1.1180678
I also do some coaching for B78 Coaching and I am a part owner of the 5 Peaks Trail Running Series.
For more info & insights, you can check out:

Q: I think we should discuss summer training for skimo racers on two levels – for occasional racers and those that like to keep fit  (REC category), and for the elite athletes shooting for spots on national teams and those seeking ultimate performance for their goals in the mountains (ELITE category).
In all cases, the emphasis is on efforts on less than 3h and the peak performances are expected to occur between January and March.
Do you agree we should address both groups specifically? If not, propose a better differentiation or none at all.
I definitely agree that both groups should be approached differently, simply because their ultimate goals are different. Because of that, their preparation will be slightly different.
As an elite athlete myself, preparation is something that I absolutely love. I treat racing as puzzle, where you have to scavenge around to find the right pieces to achieve your ultimate outcome.
It’s that process of scavenging for what I need to do to arrive on the starting line of my goal race as prepared to compete as I can be that I thrive on. It’s a trait I learned from Simon Whitfield, one of my closest friends and someone who’s sporting results on the day speak for themselves. 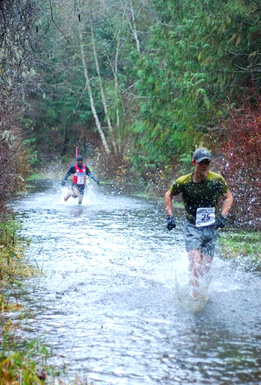 I believe strongly in specificity, as well as having a strong aerobic foundation.
What differentiates an elite athlete from a recreational one is their single minded focus on a specific goal. I really admire recreational athletes, people who can simply play at a variety of sports and who enjoy participating for the sake of fitness, because it’s something I struggle with myself.
I try to give myself a few months of play a year, I think it’s healthy and ultimately helps your end goal, but I also tend to focus obsessively on my big objectives.
Because recreational athletes aren’t as concerned about nailing a narrow window of success, they can be a bit more loose in their approach to the sport.
But at the end of the day, no matter what your goals, I believe that training should be kept as simple as possible, with a big focus on the “meat & potatoes” of endurance sports, building that aerobic foundation, avoiding injuries and maintaining a good training frequency.
We called that the “chop wood & carry water approach”. If you’re getting that part right, which can be hard, you’re already a long way along the road to being competitive.
Too many people seem to look for shortcuts, or sexy workouts, in their training and forget about the meat and potatoes.
Q: For both groups, what would you advise skimo athletes to do between June and November, before we can really ski? How would you divide this big period into smaller ones? What would be the focus of each one? Variety or only trail running?
I would make sure that you start by taking a mental break from “training”. Some people believe in complete time off, so a one to two week holiday from endurance based sport might be good.
Personally, I’m a very active person and love to move, so in my off-season I do different sports, like indoor climbing, some bouldering, I bike a bit, I swim, I do yoga etc… but I also try to socialize a fair bit more. I run if I feel like it, but I am completely unstructured.
Once I feel the urge to start training again, I build back, trying to do something every day, but once again, I don’t really sweat it too much.
It’s a lot easier for runners, since we can run year round. Skiers can use this time a bit more creatively, mixing sports up, doing some hiking, running, biking etc…I would approach it that way until about August or September.
I would also use that time to address any imbalances or weaknesses that you noticed during the season and take care of any niggling injuries that inevitably come from high level training/racing.
In terms of energy system work, I would do one very high intensity workout, like 30-60 sec hill repeats, to maintain some explosive power, or I’d go to the gym if you like that. I would also do one threshold style workout, with longer sustained intervals once a week, or every 10 days. Everything else would be long and easy.
Come September/October, I’d look to be more specific with my movements. Maybe dust off the roller skis and start to do more work with poles. I would also start to be a bit more structured with my training on a weekly basis. I would keep the long threshold intervals in there.
Throughout the summer I’d jump into a running race, bike race, or triathlon every 4-6 weeks for fun & to keep that top-end there. You could also do some personal challenges, like trying to set FKTs on local trails etc…
As far as what activity to choose, I would go with sports that you enjoy and that keep you the most active. Of course, I think trail running is great, but not everyone enjoys it as much as I do. I would definitely do sports that engage the legs, like biking, running, or hiking, over paddle sports, but even they can have their place.

Adam on a training run through the South Chilcotins area of British Columbia.
Q: During our exchange on Twitter last year you were advocating for year-round high-intensity efforts/intervals no matter for which group of athletes. Could you explain in more detail why both groups should regularly do those sessions? Or how often they should do them over the year?
I am somewhat opposed to that approach on grounds of injury prevention and my experience.
I do believe that every athlete benefits from some form of high intensity activity throughout the year, whether it’s in the weight room, on the bike, or running, it’s what best mimics the demands of racing.
That said, skimo is an aerobic sport, so the bulk of your training, the “meat & potatoes” should be aerobic training. The high intensity work can come from doing long uphill efforts; it doesn’t necessarily have to be structured interval work until later in the summer.


I’m also becoming a bigger believer in shorter high intensity efforts, of 30 seconds or less every couple of weeks. I don’t know the science behind it, but I’ve been told that, especially for older athletes, it’s important to keep testosterone levels high, since we sort of numb our adrenal systems through endurance sport. I probably just butchered the physiology of that, but it makes a big difference to how my energy system feels.
I have a limited ability to stick to low heart rate training, I get burned out very quickly when I do.
I actually think intervals and high intensity training can be more beneficial to amateur athletes, since they have less time to train
I also find that a lot of amateur athletes, or people new to sport, have a lower ability to push themselves. I find intervals help teach people about pacing and where their limits are. I do not believe in doing intervals more than once a week, I even find a big benefit doing them every 2 weeks.
Once again though, I believe in doing some sort of threshold workout weekly, so more of a tempo type effort.
Q: Maybe this is redundant considering the above but: Can you give us an overview of your training about 8 months from your goal race? What do you focus on in each period?
I think I’ve sort of answered that. But in a big picture idea, I work back from my goal race. I find I can’t focus for much more than 10 weeks on one specific goal, so starting from my A race, I would work backwards in this order:
RACE DAY
10-12 weeks out – specific prep

Q: You don’t do any skimo races but you do ski tour a bit. What do you think about running or hiko-running with ski poles as a training tool for skimo people?
I think specificity is key, so doing work with poles makes a huge difference.
It’s also probably good for people who aren’t used to the pounding of running, so can offer a bit of relief from the strains of running, it’s a very efficient way of travelling through the mountains, especially if you’re used to them, so I would absolutely advocate using them in training.

I am very happy Adam was keen to do this interview as his answers clarified all misunderstandings we had last year on Twitter. Now, I believe we are actually very similar in our approach to training.
The most important thing though that I learnt from this interview and will be including in my training much more often are the short high intensity bursts. This should help me improve some of my weaknesses.
What have you learnt or do similarly, or differently?