Four weeks ago you had a chance to read the very first store owner interview on Skintrack as I spoke to Jason Borro of Skimo.co.
Today, the spotlight is on the two owners of the Cripple Creek BC store and their website – CrippleCreekBC.com. Doug and Randy also choose to specialize on light & fast ski mountaineering gear which means more choice than ever for all North American ski mountaineers.
Q: You are a small store but you sell online as well. Where are you based? 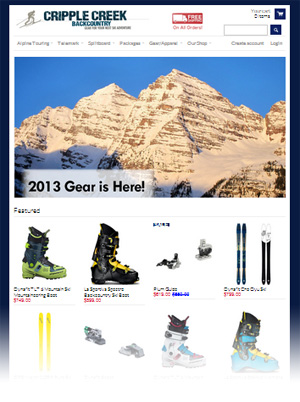 Doug: We are at the foot of the Elk Mountains in Carbondale, Colorado just down valley from Aspen.
Q: For how long have you been open?
Randy: This dream has been about 4 years in the making. Doug and I were in different states and very different jobs and out of frustration with gear selection we decided this sport needed its own dedicated shop.
We were incorporated within the year and after a lot of grunt work we were officially open for business at the start of 12/13 season.
Q: Who are the people behind the store? Do you also rando race or only ski tour?
Doug: We are both avid rando racers. To commemorate the decision to officially go into business we did the Power of Four race as partners. After nearly 12,000 feet and 26 miles of racing we were still friends so it seemed like we’d have a chance in business.
Randy: I would also like to say Doug is a real sweet dude and while starting this business and waiting tables at night he still had the energy to race in nearly every COSMIC event in Colorado as well as the national championship in Jackson Hole. For me, on a good year I take on the Grand Traverse and sometimes even finish it.


Q: What are your backgrounds?
Randy: I worked at Surefoot as a boot fitter for a couple of seasons and at an outdoor equipment store in Aspen before we started Cripple Creek.
Doug: I also started at Surefoot and then The Gear Exchange in Burlington, VT and then onto Oregon Mountain Community before moving to Carbondale.
Q: Are you involved in any races as an organizer or a supporter?
Doug: Last year I helped Pete Swenson set the course for the Heathen Challenge at Sunlight Mountain. This year we’re officially taking the race over and hope to run even more COSMIC events in future years.
Randy: We also want to get new racers that may not know just yet how much they like wearing Lycra. We started a town series race at Sunlight last year, this year upping it to 6 races along with weekly training/recreational group skins.
Q: What gear do you focus on? And what brands do you carry gear from?
Doug: Our passion is taking it real deep. In skiing that means we take it deeper into the backcountry for bigger tours and higher peaks and lightweight gear from brands like La Sportiva, Dynafit, Scarpa, Ski Trab and Hagan are what we like to get us there. We also support other brands that are still on the light end of the spectrum, but appeal to those looking for hard charging equipment. 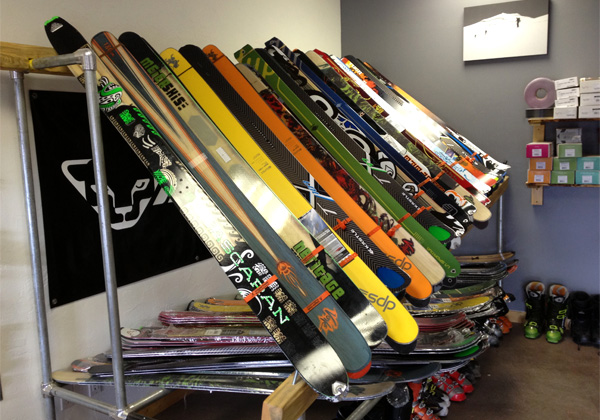 Q: Do you have gear packages? Thus people can save money.
We work with customers on an individual basis to get them in the best setup for their budget.  This is true in our shop in Carbondale and world wide through our website. We have a survey on our site to start the conversation, but we bend over backwards, through trade-ins and wild combinations to get people in lighter gear.
Q: You carry lots of bindings and all are Tech (Dynafit) technology based. Is that on purpose or just a coincidence?
Doug: Randy and I both started on plate bindings and although it got us started on touring it wasted money and time dealing with busted gear. I was so frustrated popping out of my Naxo bindings on kick turns and having them explode on the downhill, I almost never saw a second season.  We hope that by strictly carrying tech bindings we can help avoid that rough learning curve.
Randy: We have seriously considered a used car salesman campaign “We pay cash for your plate bindings”, then get them on tech fit and bury the rest at sea.
Q: What are your future goals for Cripple Creek Backcountry?
Doug: We want to take our dedication specialty that we’re able to offer to people locally to the whole country through our website – CrippleCreekBC.com – especially for those that don’t have a gear shop in their hometown. 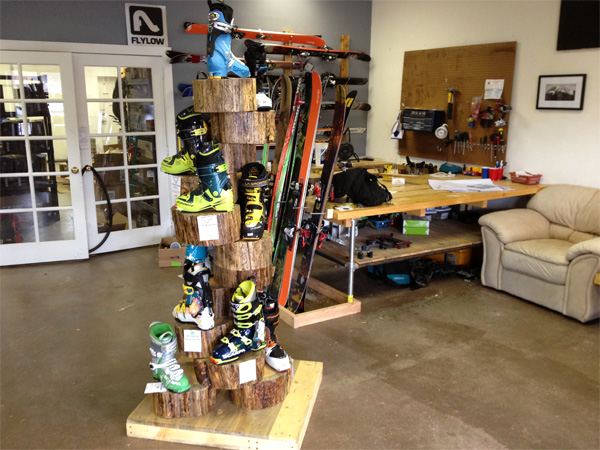 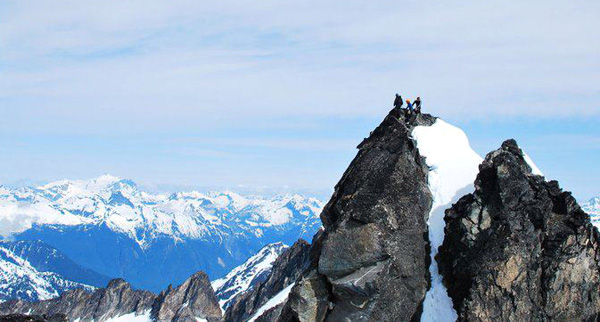