Trend towards lighter gear in any mountain and outdoor sport is obvious. It was, is, and will be going on at every stage of gear development.
Light gear in many sports starts its development inside racing environment where every second counts. This is how it is happening in ski mountaineering world too. 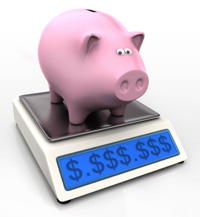 Skimo (rando) racing is the ultimate force behind the evolution of the lightest equipment where skis, bindings and boots are dropping not grams but pounds almost every two years or so…and there are string$ attached.
Light gear has clear advantages for going uphill but what about going down?
While there is a compromise in quality of skiing it is not as much as you would think. This is mostly due to materials such as carbon that is very light yet very stiff, and due to clever designs and engineering solutions.
Today, we are going to take a look at ski mountaineering boots that are used almost exclusively for skimo racing, however, they are slowly finding their way into everyday use for vertical junkies and speed obsessed crazies.
Also, we will briefly introduce/compare another four models that are very light yet they are more affordable and durable for everyday touring.

For the 2010 season there are four manufacturers that can offer sub-kilo (sub 1kg) models:

It seems that big brands have their hands somewhat tide with their already established images of quality that prevents them to go for more aggressive approach. And since they are designing for a wider range of users their products are not as impressive light-wise as from the smaller companies.

The differences between the boot models  in terms of weight are quite astounding considering all of them are very light already. The price tags are impressive as well 😉
The XP 444 is a newer version of XP 500 which was Pierre’s first widely sold model. The XP 500 was used by the fastest skimo racers on the world cup circuit past 2-3 seasons and XP 444 is likely to follow suit.
Weight differences make also difference in durability as it was reported numerous times that the rivets and some other parts needed replacement after few races on the XP 500. This didn’t seem to be the case with Scarpa’s and Dynafit’s older racing models. But weight is king and light is everything, so XP 444 will do well.
To read about personal experiences with the above boots and opinions about their advantages/disadvantages go to the comments section of an article about Vertical climbing speed where conversation was hijacked towards this light weight boots topic.

The second tier of the lightest boots are more affordable. Yes they are heavier than the above, never the less, they make for very fast skinning too.
The most popular model between a wide range of skimo racers and weight conscious backcountry skiers is Scarpa F1 Race model. This boot was preceeded by Scarpa F1 and the two mainly differ in two ways: F1 Race doesn’t have a tongue and is “missing” the middle part of the vibram sole. These adjustments make it much lighter.
Dynafit’s Zzero 3 and Scarpa’s F3 models are very close with their weight and their price tags match the ones of more regular touring boots.

The good thing about this light weight boot revolution is that it provides us with more variety to choose from. The “bad” thing are the price tags that come with it but don’t worry – more competition should bring the prices down a bit.
For pure racing
If you are shooting to place at podiums at skimo racing events then you should be considering investing in the very lightest boots possible. However in North America it is much easier to get your hands on Scarpa F1 Carbon and Dynafit DyNA boots than on XP444 or LaSportiva Stratos. Ask Scarpa and Dynafit reps for ordering these models if you won’t find a store that sells them.
For everyday use
To get the best weight-to-price ratio you should consider the more affordable models.
Scarpa F1 is a proven everyday rando boot, and it’s lighter F1 Race version is very solid too. It doesn’t like fat skis though as the bending bellows somewhat “give in” under certain conditions.
The Dynafit DyNA seems to be suited for more than just racing, however, the price is a bit too high for everyday use for many. So the lightest Dynafit alternative would be the Zzero 3 model that is a very solid downhill performer.

Share your reasons and opinion in the comments section below. Here are some questions:

Any questions on this topic? Again, you can ask in the comments window below.