Two years went by very fast since the last World Ski Mountaineering Championships!
On Sunday, March 10 athletes will line up for the first event of the 2019 Skimo Worlds in Villars, Switzerland.
We have prepared the following overview – including names on the US and Canadian Teams – to make it easier for you to follow events every day… and a little bit of controversy too. 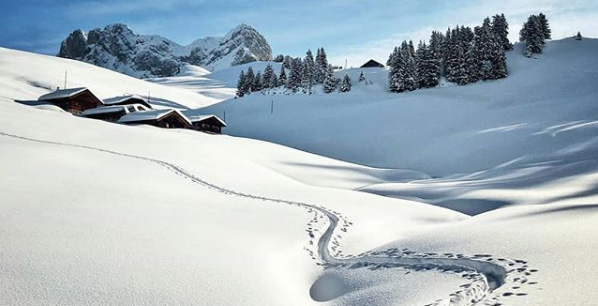 World Ski Mountaineering Championships take place every second year and usually take over a region or a valley somewhere in Europe for 6-7 days.
Here is the events schedule for 2019 Skimo Worlds:

Over the years, there have been many issues regarding collaboration between the ISMF (International Ski Mountaineering Federation) and the Grand Course races (big traditional team races) such as Pierra Menta.
This year, the two biggest skimo events, the World Championshisp and Pierra Menta, take place in the same week – Pierra Menta goes from March 13 to 16.
While both sides tried to work this out to some degree it shows that skimo as a sport is still very small that no one has the luxury to move the dates infinitely.

The following athletes were named to the US National Team after qualifying races in February, however, there could be last minute changes due to athletes’ abilities to fund themselves to participate.
This is the largest US Skimo Team ever with 20 athletes being less than 21 years old!
Athlete Demographics by State:

We have not received an official press release from the Canadian Skimo federation neither the World Champs team is announced on their website but these should be the athletes representing Canada this year.
Men’s Team – All categories: