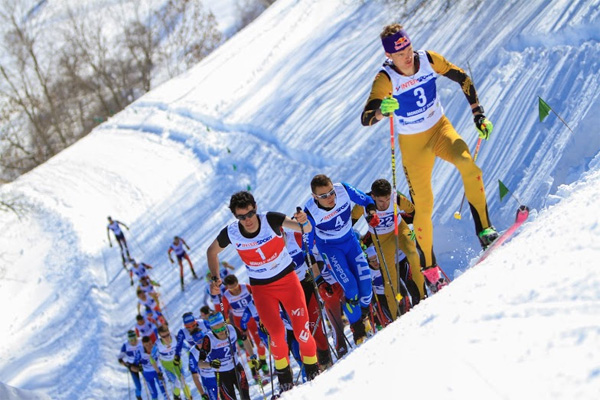 Update on IOC recognition of ISMF

ISMF President  Armando Mariotta presented that “…the full recognition of ISMF as an Olympic Federation will be taken at the beginning of August, during the 2016 Rio Olympic Games opening   working session.”
Should IOC recognize ISMF as an Olympic Federation then this would be a major step for skimo racing to be included in the Olympic Games at some point in the future, perhaps even in the next few years.

A new format is being designed  between ISMF  World Cup  and LGC circuit. This should be an important development for all serious (international level) skimo racers.
The ISMF vice president, Lluis Lopez said: “We believe in keeping the link strong, but we don’t want to impose any format. The aim is to share the same path in the sake of ski mountaineering and the desire to continue collaborating has been the priority from both sides”. Pierre Dupont, representing the French Federation, has been in charge of conducting the new arrangement and added that “the Grande Course will no longer be a part of the World Cup, but will remain under the spirit of ISMF.”

There will be a World Cup winner which will be, year by year, the best performer in the ISMF World Cup races, according to the three disciplines – individual, vertical and sprint. Furthermore, there will be a World Ranking, rolling up on yearly basis, which will take into account the athletes’ points earned from the ISMF World Cup, the Champs(World and Continental), the LGC and the ISMF series.
“By doingso, we want to stress the importance of all the races, including the ISMF series which will become more appealing also for top level athletes”, says  Marco Mosso, vice president, marketing   & communications.