Please consider donating to a fundraising campaign started by Ben’s friends. All proceeds will go to support his son Rowen and wife Jen. Thank you!. 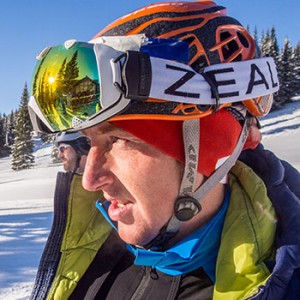 Update – January 5, 2018:
I can’t believe it has already been a full year since the world lost such an incredible human being…
Benny, wherever you are, know that we are thinking of you and your family. You have always been a great example and showing us all how to be!
Original post from Jan 6, 2017:
When my phone rang last night and I saw one of my best friends name on the screen I got happy and excited. Sadly those feelings didn’t last long…
I learnt that Ben has passed away just couple of hours ago, after being involved in a large avalanche in his home mountains.
Yesterday, the North American skimo racing community lost one of its nicest, most genuine and humble people. Ben was from the “previous” generation of the NA skimo racers and reached as high as top 40 at the famous Pierra Menta race, with his good friend Brandon. They were from Montana but Ben often joked he wanted to be on the Canadian team. He liked us and we liked him.
I first met Ben in 2008 when he showed up at a race I was organizing in Fernie, BC. He got lost mid-way while in the lead, because of the winds blowing course flags around, but he was still grateful for the experience. From there on, he and Brandon would regularly come up to our Canadian races to kick our asses and take our prize money. Not that there was much of it but it still hurt. They were keeping us honest.


My personal favourite skimo racing moment of all time is not from Pierra Menta or World Championships but from a battle with Ben on his home turf at Whitefish Resort. Both of us were “diesel engines”, as he would often say, and after dropping others we were trying to figure out how to drop each other. I knew that from bike racing he was tactically as smart as it gets and true enough he surprised me with a full out running sprint two minutes from the line (the finish was uphill). He won by a couple of seconds and we both collapsed at the finish line. Then the first thing he did was to give me a big hug and he wouldn’t stop telling me how well I raced. Next day, fifteen of us went for a tour.
I know that Eric had similar racing moments with him and both of us held Ben very high for all of his qualities.
He was an absolute class, full of passion and had a such big heart.
I would like to express my deepest condolences to Ben’s wife and my friend Jen, and their little son – I am very sorry for your loss. Also, my condolences to Ben’s parents and thank you for raising such an amazing person.
Ben, thank you for all the great memories and leading by example. Keep up your big smile and never fading enthusiasm.
We will keep doing turns for you!
Stano