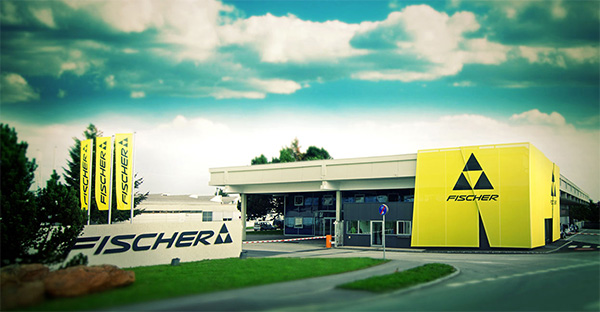 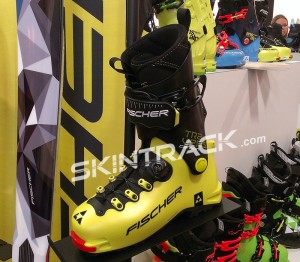 
For adjusting forefoot tension and closing the lower shell Fischer opted to use a Boa Closure System. However, unlike on Scarpa Alien skimo boots where Boa was first used, the Travers uses small pulleys to reduce friction and wear on the Boa laces. The Boa tightening wheel is placed slightly higher than on Aliens and more on the outside of the boot, but doesn’t seem outside enough to be an issue while boot-packing.
Cuff forward lean in ski mode looks fairly neutral (not up right though) which is usually desirable for long days in the mountains. Steep and aggressive forward leaning boots can be tiring for your quads during long or multiple descents, although, it is an individual preference.
The boot’s cuff and shell are made out of Grilamid, very hard and abrasion resistant “plastic”, that is now more commonly used by other manufacturers as well. Bottom part of the shell is also reinforced with carbon fiber sole to create a no-torsion base with the goal of maximum power transfer.
The Tech inserts seem to be directly from Dynafit and should offer good durability and fit with various Tech style bindings.
Width in the forefoot, or last, is 100 mm.
Overall, the Travers boot looks and feels well manufactured and finished. With Fischer now fully in the game, I believe this will benefit all ski mountaineering enthusiasts as the pressure for better gear will keep piling on.
Stay tuned as in the next post we will take a closer look at the new Arc’Teryx Procline Carbon ski alpinism boots.