Firstly, I want to say big thank you to all those that participated in this first ever SkinTrack contest that was very fitting to this website – photos where a skin track plays a role. 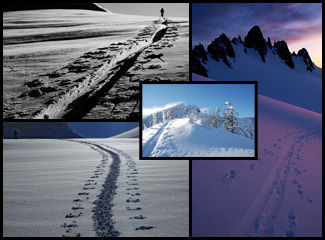 Secondly, I want to thank to James Minifie and John Baldwin for choosing the winning photo.
I opted to stay out of the judging process as I knew who sent which photo since I was receiving entries via email.
And finally, below are all the photos that were submitted by you along with your comments sent with them.
Aaand the winner is… Bruno Long’s shot! Congrats and your shovel is on its way.
The contest was sponsored by BackcountrySafety.com online store that donated Ortovox Grizzly snow shovel as the winning prize.
Some of judges comments about the winning and a close second photos:
“Both seemed to capture the texture of the snow really well… you know exactly how those two types of snow would feel if your own skis were going through it… they really capture what a skin track represents – progress, efficiency, continuity with the slope… ”
“[Bruno’s photo] has a strong composition with the track and the outline of the skier…”

The first photo is Bruno’s, the rest is displayed in no particular order, but according to James and John, Reiner Thoni’s photo was a close second. (Original post about this contest can be found here – skin track photo contest.) 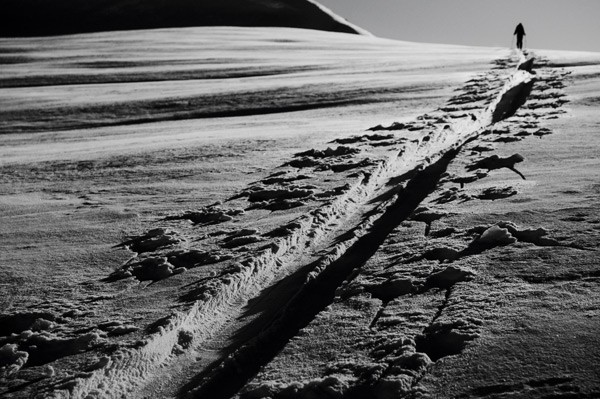 Author Bruno Long says:
“This is a photo of a skintrack up to Sapphire Col earlier this year.
I took it because I always take pictures of my travels while touring and this just happened to be the right time of day for great shadows and texture. The ridge on the left leads up to Castor Peak. Great day with great friends!” 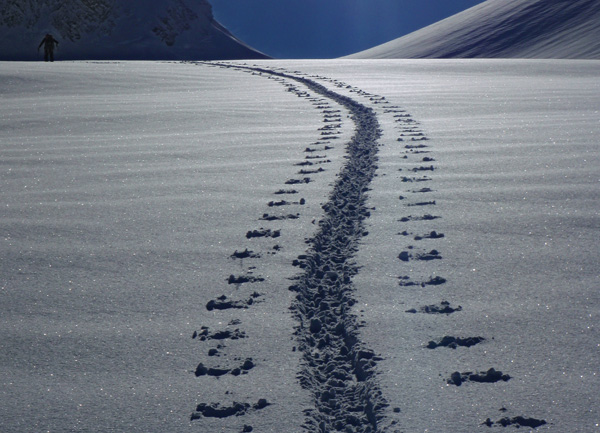 Author Reiner Thoni says:
“Tasman Glacier New Zealand.
Woke up on day 3 of a trip into Tasman Glacier sick as a dog puking periodically through out the day. None the less I was sucking wind and had the opportunity to follow and photograph allot of skin tracks in this beautiful terrain!” 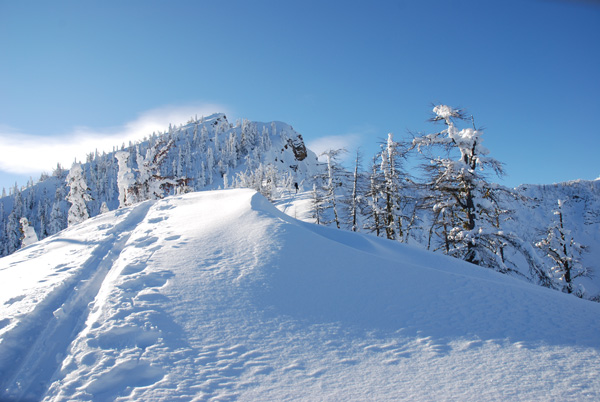 Author Robert Haine says:
“Location: Lakit Lookout, BC
Date: December 2006
Why: To be honest I just bought a new camera and was a little trigger happy, I guess I just like this picture.”

Author Jeff Colvin says:
“Photo is taken at the top of Forever Young couloir on the Young’s Traverse in Rogers Pass, BC.
This is the point where you need to decide whether to finish the tour as a classic and push the track through the weakness in the cornice, and up to the summit, or drop into Forever Young for a spicier line. Many a party have had a conversation or two at this location about whether to rip the skins or keep climbing.” 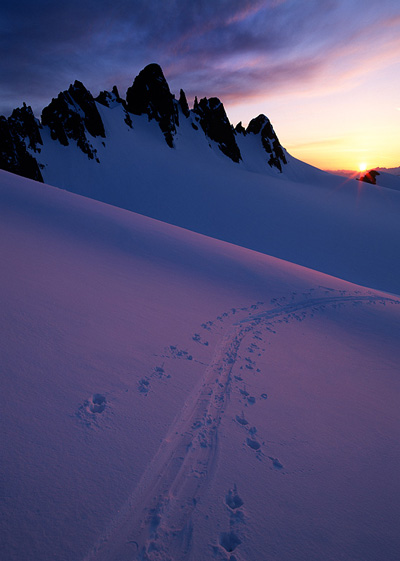 Author Daniel Dvorsky says:
“Photo was taken in may 2006 during a 5 day Misty Icefield traverse.
After yet another epic day me and my buddies were rewarded with spectacular sunset colors, after hauling all that heavy photo gear all day it would be a sin not to try and capture some of that magic, so while my buddies were getting the dinner ready I tried to capture the moment.” 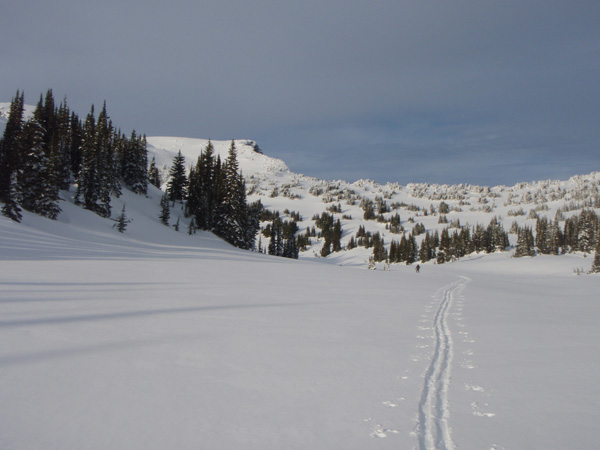 Autor Matthew Smith says:
“These are some skin track shots from the 100109 CAA avie 1 ops course at Valkyr lodge in the Valhallas… Each shot is a pretty epic part of a super epic week.”
Matthew’s photo was submitted after the deadling, however, it has a slightly different setting from the others, so it made it to the final gallery but did not compete against the other photos.

Which one of these photos is your favourite shot? Use the comments below to share your point of view.