Eric has joined the small Skintrack team in September 2013, however, he has been delivering valuable content to its readers way before then. With him aboard even more reviews, training articles and race reports are guaranteed.
Born Oct 19, 1986 – Washington DC 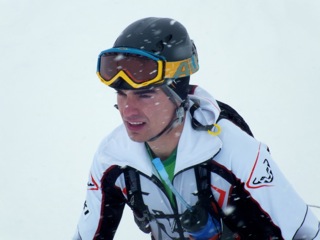 Lived and grew up in Minneapolis, Minnesota through college before leaving for the University of Vermont where I was a member of the Nordic ski team.
Currently located in Squamish BC where I am completing my PhD in high altitude and exercise physiology at the University of BC. In my spare time, I work as a coach for skiers and endurance athletes.
My studies have taken me on several research expeditions, including one to the Langtang region of Nepal in 2012 to study acute mountain sickness. I have worked as a ski coach with numerous local athletes and clubs, as well as the USOC, and as head coach of the UBC Nordic Ski Team.
I have been racing on skis since before high school and took up alpine touring upon arriving in BC. Two years skiing the Canadian Cup circuit and lots of touring in Whistler and the Duffy Lake Road. In the summer I climb and run trails in Squamish.